Discover The Unusual Way I Went From Flat Broke To Millionaire In Under 5 Years!

A self-made millionaire is ready to show you, step by step, the unusual way he went from flat broke to filthy rich, and how you can easily replicate it! It's got nothing to do with working harder, longer, or any silly gimmicks. This is a complete coaching program designed to give you the tools to attract extreme wealth! Specially updated with Bitcoin and cryptocurrency wealth secrets.

Lots of people are dreaming of squeezing more out of life. They want to climb the ladder at work, live without debt, treat their families to the more exceptional things in life. Many want to quit the rat race altogether and set up their own business. But fear and self-doubt get in the way. This course works because I teach how to change your response to fear.

WANTING MONEY IS NOT A BAD THING!

I learned how to become rich by creating automatic and recurring revenue streams. Money flowed into my life no matter where I was or what I was doing.

There is perhaps nothing better than getting back from the beach and finding out you made another 10K while you were swimming and catching some sun!

Don't misunderstand; this wasn't an overnight eureka moment. I spent months and years trying and failing. Sometimes I made such huge mistakes that I was at the point of giving up and accepting that I will never learn how to become rich.

Then, I started to understand that money is just an idea. Most filthy rich people didn't get where they are through luck or by being in the right place at the right time.

Wealth has a blueprint:

Wealth has a recipe, just like baking a cake. If you follow the instructions for a chocolate cake, guess what you end up with every time? You don't occasionally get a trifle or a cheesecake; it's the same result every single time.

My millionaire mindset is the same - it's a step-by-step recipe for wealth and abundance.
When I perfected my millionaire method, money began to flow into my life 24 hours a day, even while I was sleeping.

My boss laughed at me when I said I was going to quit and make millions doing what I love. He stopped laughing six months later when I resigned and moved to a sun-drenched island

One by one, the credit cards got paid off, and debt became a part of my distant past. Free at last, I packed up and left gloomy, rain-soaked England and moved 2000 miles to a sun-drenched Mediterranean island.

RICH IS A STATE OF MIND MOST DON'T GET

These days life is very different:

A lot of people ask me 'hey if you are so wealthy, why do you have to sell this program'?

I don't do anything because I 'need' to, only ever because I 'want' to. These people still believe that earning money has to involve doing things you don't enjoy.

Doing what you love and becoming rich are linked. Because when you only do things you are passionate about success comes easy.

Who else wants to unleash their inner millionaire?

I don't teach people how to become wealthy because I need the money. Those days are long gone. I do this because I LOVE it!
I bounce out of bed every morning to teach this life-transforming information. I will never retire because I never do anything that I consider to be 'work'.

This is the dream I am offering a select few with my Millionaire Maker VIP Coaching Program.

WARNING: Over 80% of the people who discover this website will have already pre-decided that this is too good to be true. Don't be one of them. That is pure scarcity thinking and it will keep you out of the elite.

Bitcoin is more effective than all competing currencies. This will propel its adoption, in the same way, PC’s were embraced so quickly because personal computers made life easier and better. Something becomes valuable when it’s scarce, divisible, hard to destroy, and has gained consensus and network effect.

Bitcoin checks all these boxes; it is an exciting new frontier in money, and it’s going to make a lot of people extremely rich. The only question is, are you going to be one of them?

In this book, you will discover the blueprint used by millionaires the world over to generate extreme wealth and abundance. Also, how to buy bitcoin and use it to dramatically accelerate your journey to financial freedom.

Get $10 of FREE Bitcoin here: https://www.coinbase.com/join/beck_xi

Get $10 of FREE Bitcoin here: https://gemini.com/share/v5xylzc8

Are you the next Bitcoin Millionaire?

In 2016 Craig Beck started teaching people his ‘Millionaire Mindset’ and demonstrating that wealth and abundance have nothing to do with luck, background, race, geography or gender. Becoming rich is a recipe that if followed, is just as predictable as any other.

This newly updated and extended edition takes a deep dive into Bitcoin and its power to 10x your money over the next decade. Discovering Bitcoin today is like being a front runner of the gold frontier several hundred years ago.

It’s Not Too Late

Despite what many think, it’s not too late to invest, you have not missed the peak, and the real opportunity is still to come.
Bitcoin is the very first digital money that is entirely distributed. The network comprises individuals like yourself, so no financial institution or payment processor is needed to make a transaction despite the wild claims of old-school financial advisors that this is a scam or a Ponzi scheme.

Bitcoin’s decentralization is the foundation of its impressive security and independence.
The Ultimate Protection Against Government Corruption

E-mail allows us to correspond free of charge throughout the world. Skype and Zoom let us make video calls for free, anywhere in the world. Now there’s bitcoin. Bitcoin enables you to transmit funds to any individual on the internet!
Nobody can stop the funds, freeze your account or control how you spend your money. Bitcoin is the money of the people not manipulated by any banking institution or state. No Wallstreet financier is lining his/her pockets by insisting that you use them as a middleman between your money and the intended recipient.

What You Are About To Discover

If You Follow The Blueprint For Success, The Money Follows... Automatically. 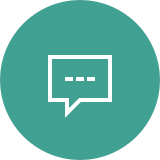 How To Be Poor!

Learn the critical 'wealth preventing' mistake that 80% of people make. Plus, how you get rich even in a bad economy, unstable political climate... or even both!

I will show you how to avoid the victim trap and the Millionaire Maker principle that took me from flat broke to filthy rich within a few short years. 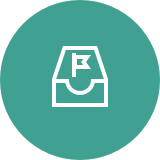 Understanding the millionaire mindset - what does it feel like to have extreme wealth?

Get clear on how you focus on wealth creation like a laser beam!

Virtually all millionaires share seven powerful habits - find out what they are and how you implement them today. 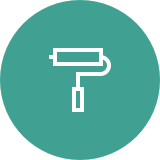 Discover the secret behind ALL human motivation; with this knowledge, you can leverage the power and creativity of other people to deliver your goals to you. 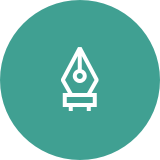 The power of 'Ask, Believe, Receive'. Let me show you the secret of how I used this knowledge to double my income every year for five years.

Don't worry this is not new-age mumbo jumbo. This is pure psychology, and it explains why the rich get richer and the poor get poorer... and always will.

"This is a powerful course. There is so much more to gain from this program than a bank statement with seven zeros after it. I recommend taking the time to study the information, but only if you are ready - it's not for everyone, nor should it be"

"This course is a stellar piece of work, with authentic information presented by an authentic instructor. The steps listed throughout each day's lecture work to help expand thought capacity, and to precipitate positive, large-scale change. A life-changing course that should be compulsive learning"

"In the first ten lectures, Craig teaches how to think and live like millionaires by changing one's bad habits, taking responsibilities, and taking positive action. Money is only the byproduct of doing what you love to do and providing a service to help as many people as possible. Very well said, albeit some what philosophical"

You may be wondering why age has any significance. After all, nobody aspires to be middle-aged!

It matters because Craig Beck has not always been wealthy.

Before the age of 40, he was flat broke. Despite holding down a good full-time job since leaving school. Money was always a scarcity.

Until he worked out that the deck is stacked, the game is rigged, and if you play it the way you are expected to, you lose - every time!

When Craig started defying the 'system', an extraordinary thing happened. Money began to flow into his life, without working even 1% harder. Now he teaches people around the world how to replicate this millionaire mindset.

You Are One Click Away From Being Our Next Success Story. What Are You Waiting For?

Are You The Next Bitcoin Millionaire